Posted on: September 5, 2017 by Local Rempros in Mold Remediation
No Comments 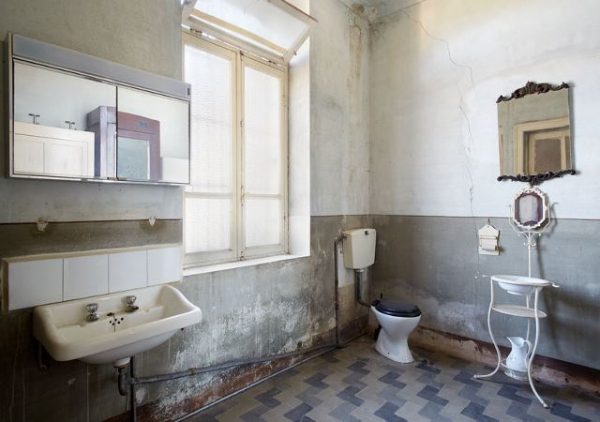 Mould is everywhere, it is outside when you go for a walk, or it can grow indoors in your basement or bathroom. It thrives in moist environments and can be extremely hazardous for your health. It can sometimes be difficult to determine if you have mould growing in your home, especially if it is growing in a basement or crawlspace. Knowing the negative aspects of mould can help you to determine if you are suffering from the negative health effects of having mould in your home.

Where Does Mould Grow?

Mould grows best in an environment that is dark, damp and warm. Parts of your home can contain all or some of these elements, which can put you at risk for the growth of mould. Organic materials like drywall, wood, paper, carpet, grout, wallpaper and fabrics can provide growth sources for the mould. Common areas in the house for growth are the basement, any crawl spaces that are isolated from airflow, and sometimes even bathrooms. Since baths and showers create humidity, these rooms are especially susceptible. Running a bathroom fan can help to dissipate moisture from surfaces. If flooding occurs in your home, you need to ensure that you properly clean up after it. Improper cleanup leaves behind excess water, the perfect place for mould to grow. A sump pump or wet vacuum are useful tools to clean up a flooded area.

Some of the most frequently seen indoor moulds are cladosporium, penicillium, alternaria, and aspergillus. Cladosporium is a black mould. Aspergillus is found on foods and in air conditioning systems, and varies in its colouration. Penicillium can be a variety of colourations, and alternaria frequently causes allergies.

The first sign of mould growth in your home is a musty smell. This can be good to note because areas of the house may not be visible to you, such as the attic or a crawlspace. This musty smell can be one of the only indications you may have about the mould growth, so it is important to note this and check for mould, as well as humid or damp areas of your home.  Where there is sitting water, mould will grow. Dampness and darkness are excellent environmental conditions for mould.

In addition to the smell of mould, you may know that there is a problem with your living space if you notice that you are having symptoms similar to allergies, or feeling generally unwell. The symptoms of mould exposure depend on the type of mould exposure, as well as the time frame which you have been exposed. Children and elderly people, or those with autoimmune issues will be more affected by exposure. Some symptoms of short term exposure include nasal and sinus congestion, cough, sore throat, breathing difficulty, headache, and skin/eye irritation. Asthma can also develop, or if you have asthma it may become worse. If you are experiencing some of these signs, you may need to check your home for mould growth. It can be frustrating to be unaware of why you are feeling unwell, and mould can hide in the dark corners of your home without you knowing. Talking to your doctor right away if you think you have mould exposure is incredibly important, because symptoms become worse with prolonged exposure. Long-term conditions can result from this. More exposure to mould, and in larger quantities can result in chronic lung infections and fever. Those who work in environments where they are exposed to mould are at a high risk for these long-term health issues as well as other dangerous health issues.

Some ways of fixing a mould issue are to make the environment less habitable for mould. Getting rid of any excess standing water is the first thing to do. Some areas may just be more humid, due to where in the house they are located, such as the basement. In these cases a dehumidifier is important to purchase. Find a reputable machine that dries out the air efficiently. If your house floods or has any sort of water leak, make sure to dry the area right away! Especially if any carpeting or other fibrous materials become wet, dry these off as soon as possible. To minimise the negative effects of flooding, you can buy a flood sensor. This would alert you if any water is sleeping into a vulnerable area of your house, and allow you to deal with the problem right away.

If mould is already growing in your home, you should seek a reputable mould removal service. A professional will know what safety gear to use, and will be able to help you to check the different areas of your house that are more susceptible to mould growth to ensure that you do not have any issues in the future. These sorts of services also help with water damage restoration, which is oftentimes linked with mould growth.

Finally, it is incredibly important to know the signs of mould growth, including a musty smell, visible signs, and any reactions that you are having that are not able to be explained. Taking action as soon as possible is important for your health! Dry out your house, and dry up your fears of feeling unwell due to mould.